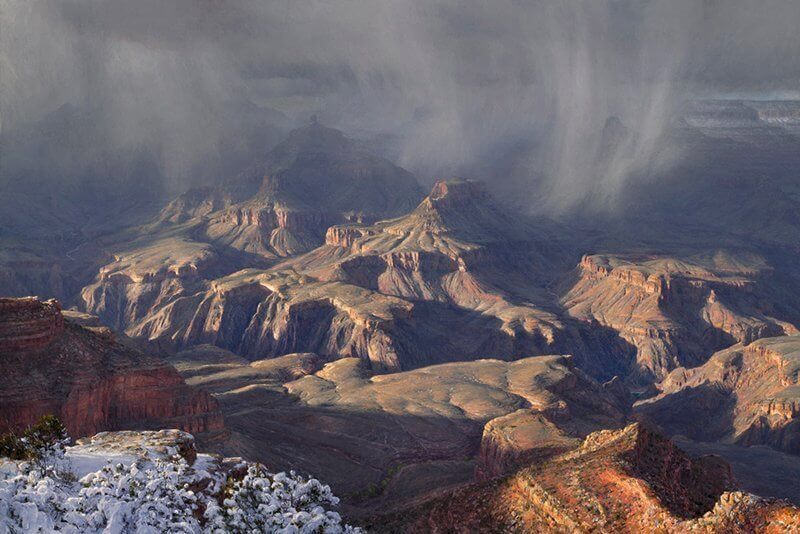 This work was featured at the 2012 Quest for the West Show and Sale at the Eiteljorg Museum in Indianapolis, Indiana in September

I was very fortunate to be at Grand Canyon this year in the later part of March when a heavy snow covered  the South Rim. It was a magical experience to watch showers of snow and crystal rain move through the Canyon and engulf the North rim from view. The elegant  Temple Isis and Cheops emerge out of the showers while the sun shines bright on the South rim. A thousand feet below in the Canyon spring growth of new grasses caress the talus slopes and plateaus and the valley Cottonwood trees have turned  green.