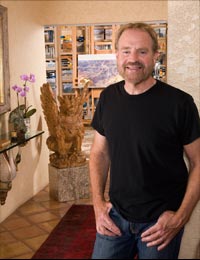 Master Artist Curt Walters will return to the Gilcrease Museum in Tulsa, Oklahoma, for the Rendezvous Reunion Exhibition and Art Sale. The show starts on April 13, 2012, and runs through July 15. The art sale opens at 6:00pm on Friday.

This year’s event reunites 35 artists from past Rendezvous shows, including Walters and sculptor Veryl Goodnight, who were paired for the 2011 retrospective. A typical show features just two artists.

Walters’ contribution will include two studio paintings as well as a plein air study of the great bridge in Ronda, Spain, “Puente Nuevo – Morning.”

“La Macarena,” a 28″ x 22″ studio painting, drew its inspiration from Spain as well, featuring the Madonna in the ornate gold and silver Altar of Basilica de la Macarena Seville.

Fans of Walters’ Grand Canyon work will be thrilled to see his 20″ x 30″ “New Snow and Evening Light” included in the show, as well. In it, the artist captures the drama of a winter storm over the canyon last November. 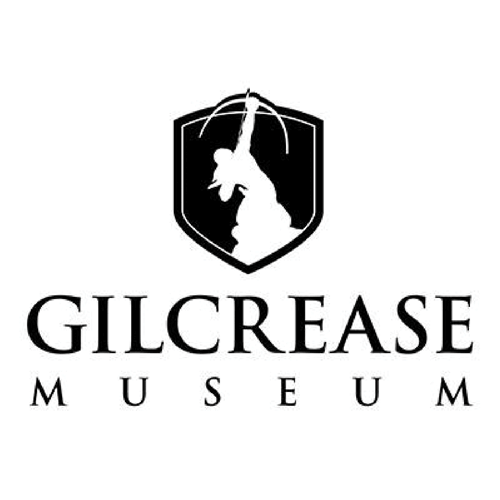 The painting "Winter's Levity," by Master Artist Curt Walters, has found a permanent home at the Gilcrease Museum in Tulsa, Oklahoma. Walters and sculptor Veryl Goodnight are the featured artists for this year's Rendezvous Artists' Retrospective Exhibition and Art...

Curt to Show at Gilcrease this Month

Curt Walters, internationally known plein aire artist has a very busy week planed April 11-16th. Walters, along with sculptor, Veryl Goodnight, are the featured artists for the 2011 Rendezvous Artists' Retrospective Exhibition and Art Sale at the Gilcrease Museum in... 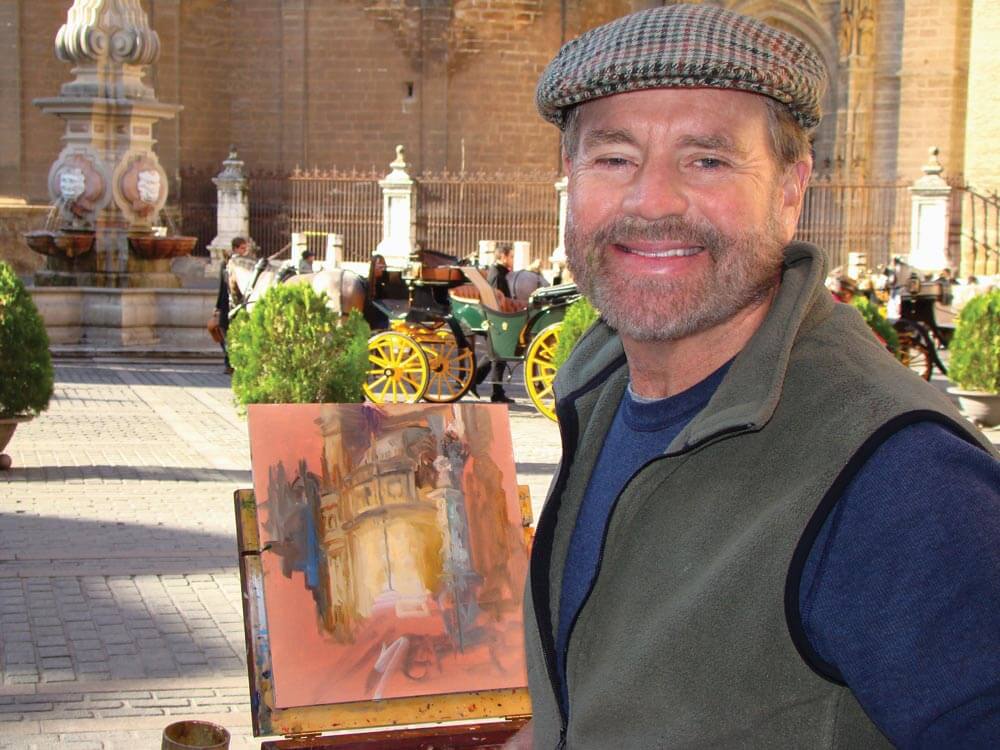 It was during Curt’s 2010 trip to Spain and France where he produced a number of the plein aire works being shown in the Gilcrease Museum’s 2011 Rendesvous Exhibition Show and Art Sale in Oklahoma starting April 15th.

50" x 80" One of my greatest pleasures is to show up at Grand Canyon as a cold front is moving across the region. In this painting, I have tried to reflect the playful dance of light as the sun peeks in and out of the moving clouds. This is a view from Powell Point,... 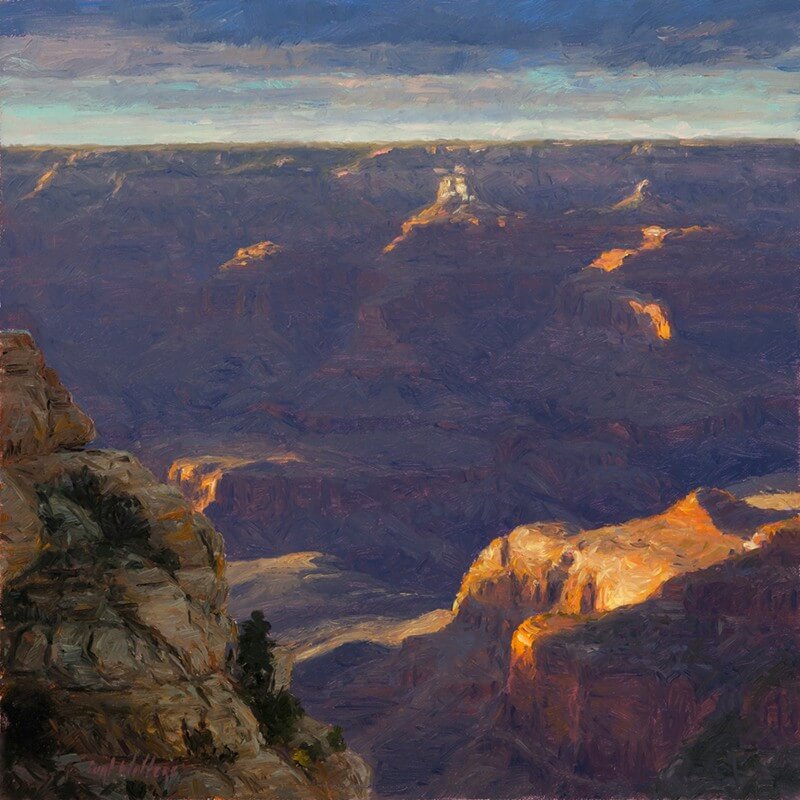 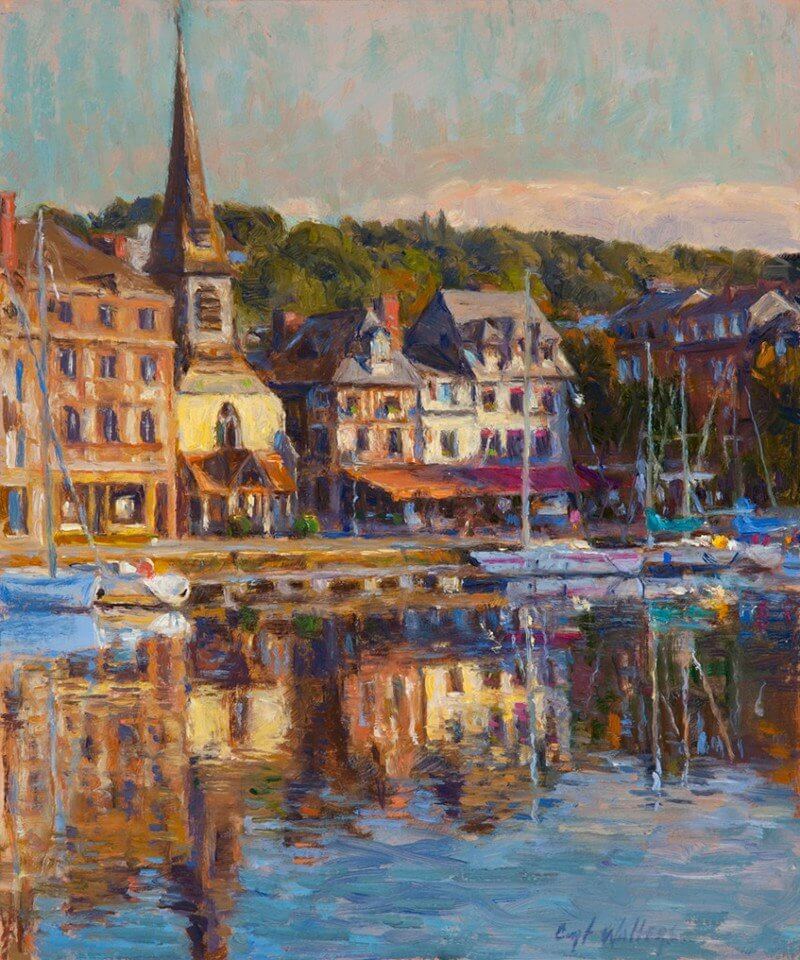 12" x 10" The end of October 2010, I traveled with my friends John and Terri Moyers, to Normandy, France followed by a month in southern Spain. These are a few of the paintings that were done en plein air on that trip. It was great fun to have a dramatic change of...

5" x 11" I painted this while teaching an art class at The National Cowboy Museum. I arrived early to prepare for my class at nearby Lake Aluma. It was a foggy morning and I could not resist painting this scene for myself. This painting was shown during the Gilcrease... 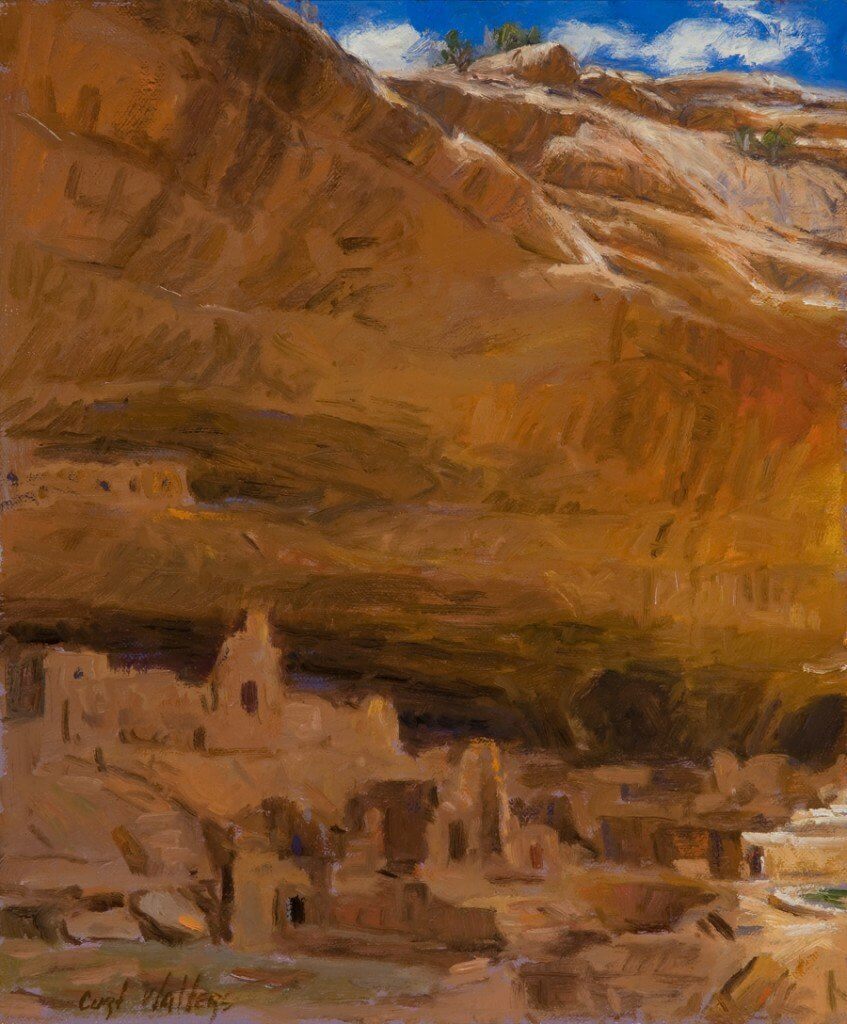 12" x 10" In September 2010 I was invited by Veryl Goodnight to join her and several other artists to paint at Mesa Verde. We had the great privilege to actually set up our easels inside one of the ruins, the first time artists have been allowed to paint inside the... 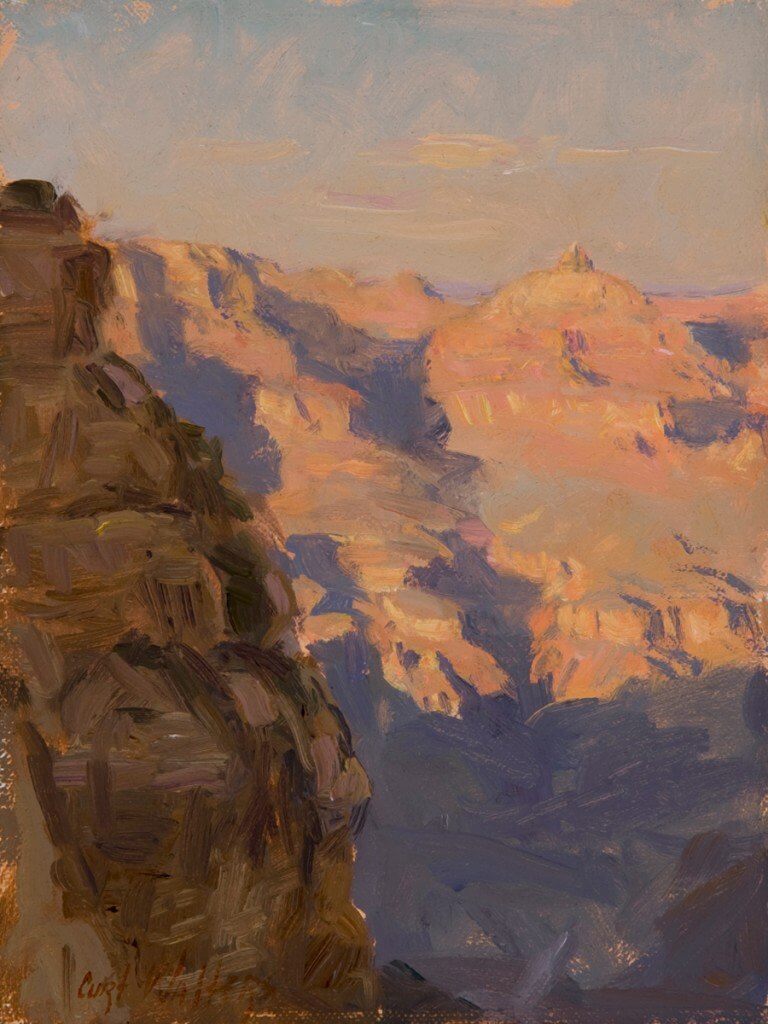 8" x 6" I painted this in the summer 2010. Vishnu’s pointed crown dominates the vistas of the east rim drive at Grand Canyon. Prominent in this view is the Vishnu Temple bathed in late afternoon sun. Most of the formations at Grand Canyon have unusual and exotic... 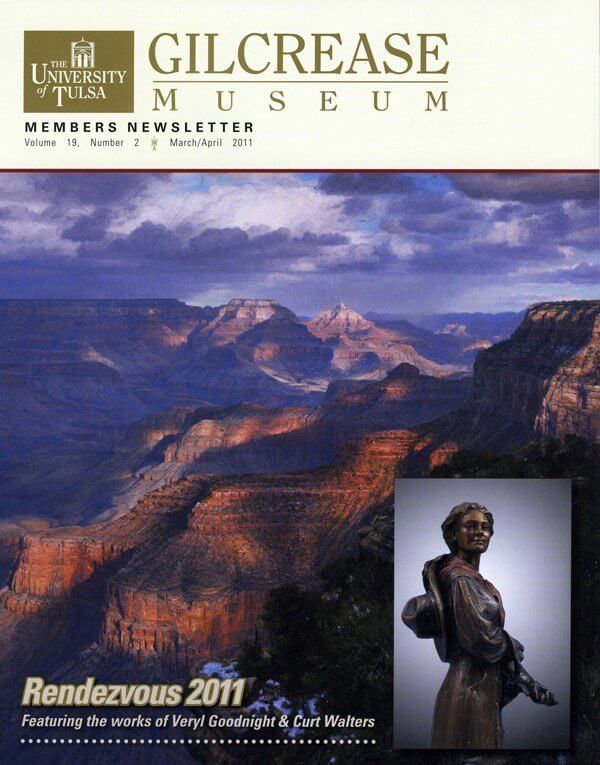 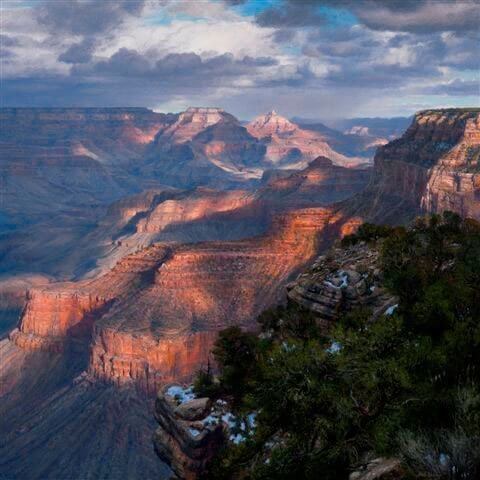 40" x 40" Oil on Canvas In January, on the rim of Grand Canyon, the sun can be amazingly warm until you step into the shadow of a cliff or a cloud. Instantly the temperature drops significantly and you can feel chilled to the bone. It’s not unusual for snow patches to...

20" x 16" Artists throughout history have turned to scenes right out their backdoor for inspiration. I was enticed by the fragrance and colors of the large profusion of rose blossoms along this fence line, in my own backyard, this past spring. Sometimes it is the...