Curt Walters Heads East In a Quest for the West 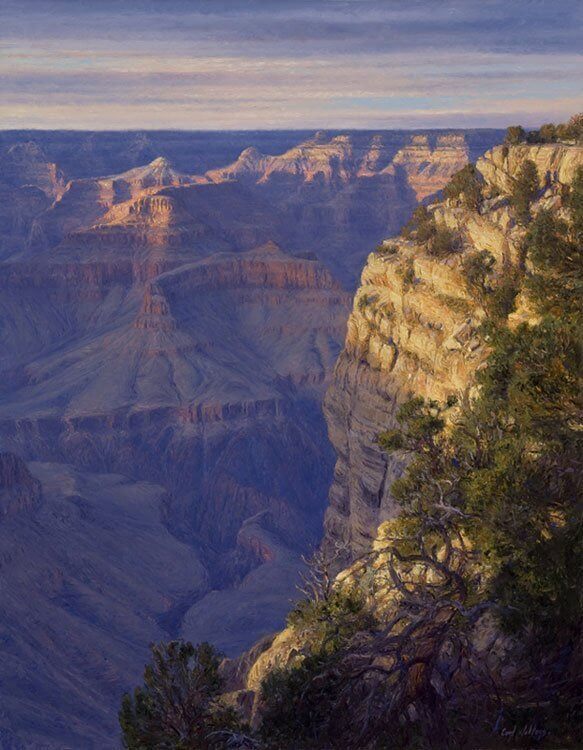 Sedona, Arizona, artist Curt Walters is preparing to head East for the 3rd annual Quest for the West Art Show and Sale, held in Indianapolis, Indiana, at the Eiteljorg Museum of American Indians and Western Art.  Boasting more than 50 of America’s top Western artists, the show opens September 5, and runs through October 5, 2008.

Walters will attend the opening weekend events, meeting and mingling with fellow artists and patrons at the various receptions, demonstrations and ceremonies.  On Saturday, September 6, Curt will be a part of an artist discussion panel, which also includes Jay Moore and Arturo Chávez, on the subtleties of landscape painting.

The centerpiece of his 3-piece display is “Evening’s Dance of Light,” a 36″ x 36″ view into Walters’ immaculate vision of the Grand Canyon.  A second Grand Canyon, “Edge of the Storm,” 28″ x 22″, will show alongside a small 10″ x 12″ plein air painting of apple trees blossoming in Oak Creek Canyon, titled “Spring Bloom at Garlands.” 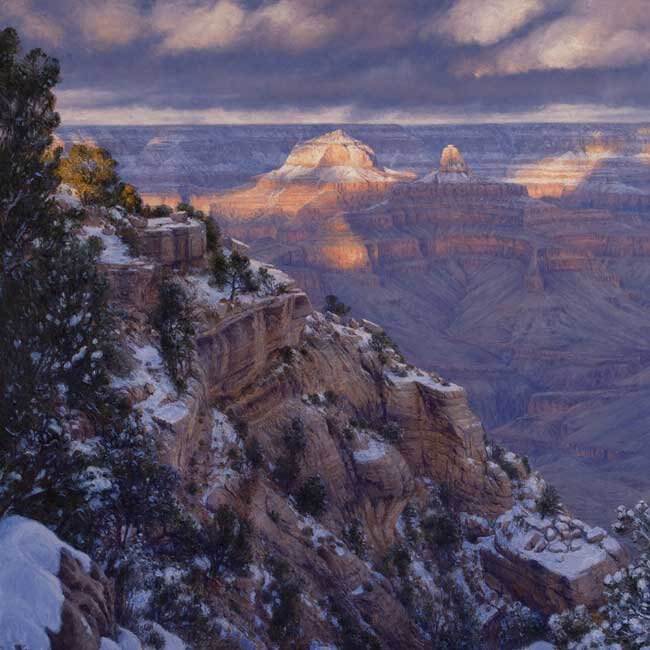 Walters was recently featured in The Story of Leanin’ Tree:  Art and Enterprise in the American West, released in June of 2008.  Ed Trumble, author of the book and founder of the legendary Leanin’ Tree Museum, calls Walters “one of America’s foremost landscape painters.”  As early as 1997, Art of the West Magazine hailed Walters the “Greatest Living Grand Canyon Artist.”

The artist’s work can be found at the National Cowboy and Western Heritage Museum in Oklahoma City, the Autry National Center in Los Angeles, and the Pearse Art Museum in San Antonio.  Original artwork is available at the Claggett/Rey Gallery in Vail, Colorado, and at The Trailside Galleries of Scottsdale, Arizona and Jackson, Wyoming.