The Crowning of Sunset 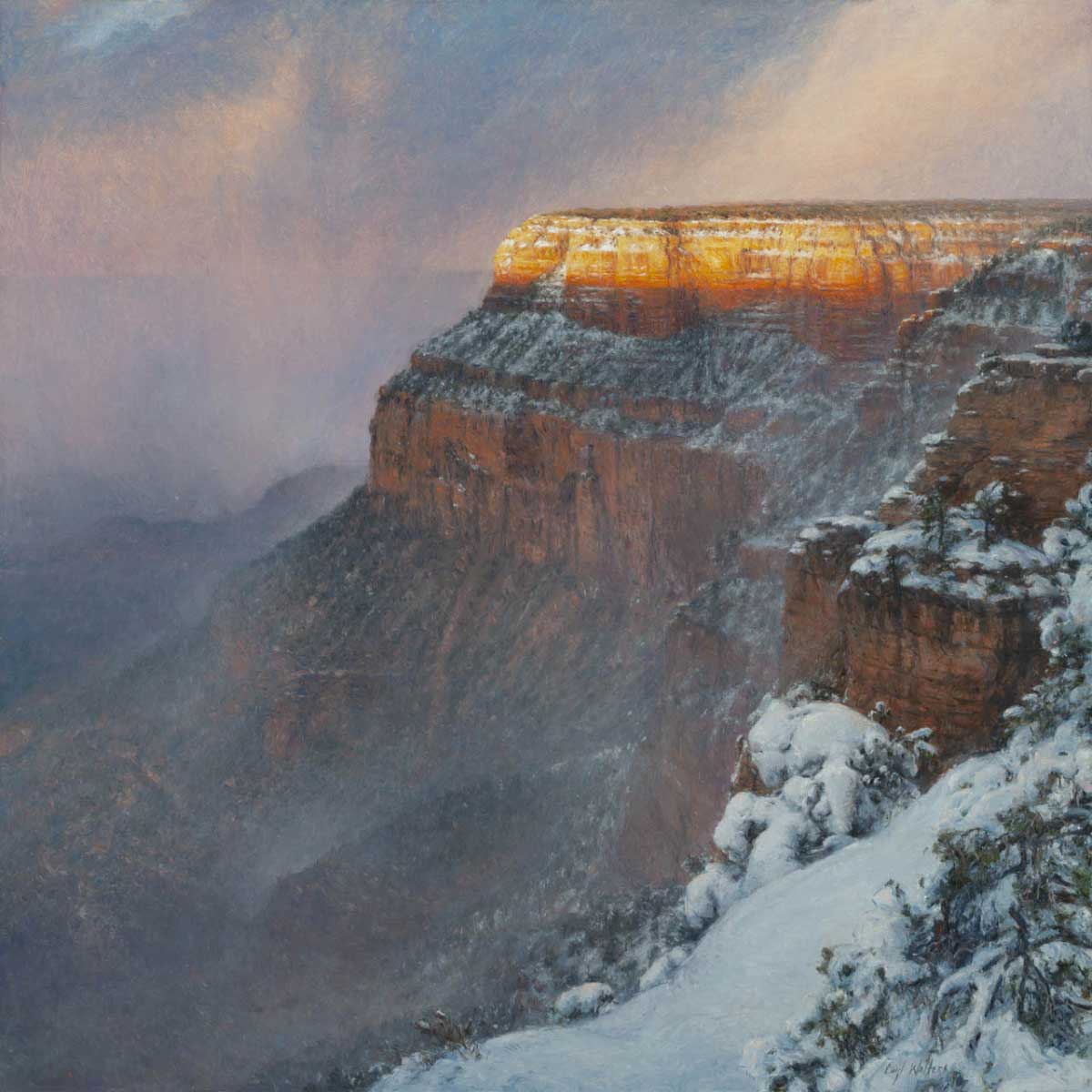 In 2015 Tom and I visited the canyon in early March. Most of the day was gray and fog covered most of the canyon. On the rim trail that day, just east of El Tovar, the sun was breaking only in spots. I had a chance to quickly do a charcoal sketch of that flash of sunset as a memory aid. I have wanted to paint that moment for five years, and this spring, as the hot weather moved in and I found myself feeling trapped due to COVID, the moment was right and the canvas called to me.

I primed a linen canvas with a tint of Indian yellow. It was perfect for this project. I worked out my composition and drawing using soft charcoal. I blocked in the color and shapes that I thought would serve as a guide to paint the sky. Because of the fog that I day I could not see the distant North Rim, so the last light cresting on Grandview Point became the dominating focal point in this composition. After painting the sky and lower left corner, I worked my way up the wall, defining snow patterns and important detail of the Coconino sandstone and the highlighted ridge of Kaibab limestone.

Snow rarely falls below the Hermit shale, but as with this storm, fluffy snow hung on everything along the rim. There was an elegance to the patterns of snow against the dark and the fog. This painting reminds me of a golden crown.